Share
Notice to the Press
Office of the Spokesman
Washington, DC

Secretary of State Hillary Rodham Clinton will host the 2011 International Women of Courage Awards Ceremony with special guest First Lady Michelle Obama on Tuesday, March 8. Ambassador-at-Large for Global Women’s Issues Melanne Verveer and other U.S. and foreign dignitaries will also participate. The event will be held at approximately 11:00 a.m. in the Dean Acheson Auditorium of the U.S. Department of State.

The prestigious Secretary of State’s Award for International Women of Courage annually recognizes women around the globe who have shown exceptional courage and leadership in advocating for women's rights and empowerment, often at great personal risk.

The International Women of Courage Award Ceremony will be open to credentialed members of the media and livestreamed at 2009-2017.state.gov.
Pre-set time for cameras: 5:00 a.m. from the 23rd Street Lobby.

Following the ceremony, Ambassador Melanne Verveer will brief the press on-camera in the press briefing room at the Department of State.

The names of this year’s honorees follow and full biographies and photos are available below:

Biographies of the Secretary of State’s 2011 International Women of Courage Awardees: 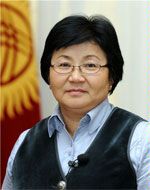 First stepping forward as a central figure in the second effort of her country to shed authoritarian rule after the fall of the Soviet Union, Roza Otunbayeva recently became Central Asia’s first female head of state and head of government in a traditional, majority Muslim country. In the face of a collapsing, corrupt government, strong regional divisions and widespread economic stagnation, President Otunbayeva succeeded in binding together a historically fractious opposition into a provisional government structure able to check the struggles for power from stirring up wider divisions in society. Her courageous leadership was instrumental in keeping Kyrgyzstan whole after the June 2010 clashes, staying the course to hold competitive elections.
Age: 60
Languages Spoken: Russian, English 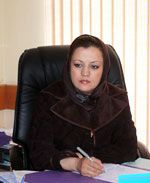 Maria Bashir of Afghanistan
Prosecutor General, Attorney General’s Office, Herat Province
Banned from working during the Taliban regime, Ms. Bashir served her community by secretly teaching her sisters and local girls at home despite the risks of reprisal. After the fall of the Taliban, Maria Bashir regained her position as an investigative prosecutor, and in 2006 was appointed Prosecutor General for Herat, the only woman to ever hold such a position in Afghan history. Ms. Bashir has waged a determined campaign against crime and corruption. She stands out as a champion of judicial transparency and women’s rights, and exemplifies the resilience of Afghan women. In 2010 alone, Ms. Bashir handled 87 cases on behalf of victims of domestic abuse, including forced child marriage.
Age: 40
Languages Spoken: Dari, English (limited)

Henriette Ekwe Ebongo of Cameroon
Journalist, publisher of Bebela, political activist
Regarded as one of the most experienced and influential female journalists in Cameroon, Henriette Ekwe Ebongo has spent a lifetime advancing press freedom, freedom of expression, human rights, good governance, and gender equality. From the struggle against dictatorship in the 1980s, to the struggle against corruption and injustice in recent years, she has refused to be silenced for standing up for justice and the rule of law. The publisher of Bebela, a weekly independent newspaper, she was instrumental in the founding of a freer and more independent media in Cameroon.
Age: 61
Languages Spoken: English, French

Eva Abu Halaweh of Jordan
Executive Director, Mizan Law Group for Human Rights
As Executive Director of the Mizan Law Group for Human Rights, Ms. Halaweh has dedicated her career to advocating for the vulnerable people of Jordan, including women at risk of becoming victims of “honor crimes.” She has developed a legal team that provides free legal advice and counseling, often the only option for those seeking justice or a remedy to their plight. She has taken on sensitive issues, including action against what many human rights activists term a “culture of torture and abuse” within Jordan’s prison system and police stations, which has resulted in deaths in previous years.
Age: 36
Languages Spoken: Arabic, English 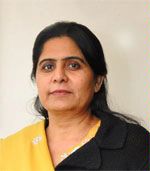 Ghulam Sughra of Pakistan
Founder and Chief Executive Officer, Marvi Rural Development Organization.
Ghulam Sughra created the Marvi Rural Development Organization (MRDO), an NGO focused on creating community savings funds and raising awareness of education, health, human rights, and social development issues. While originally focused in her home village, Ms. Sughra has expanded to the rural areas of Sindh, Punjab, and Baluchistan provinces. Born in rural Sindh Province, Ms. Sughra was forced to marry at the age of 12. Six years later, Ms. Sughra became the first woman in her village to divorce, and consequently, became a social outcast. Severely beaten by her brothers when she tried to attend school, she pursued her studies at home. She later succeeded in becoming her village’s first female high school graduate and the first teacher at the first school for girls.
Age: 40
Languages Spoken: English, Urdu, Sindhi 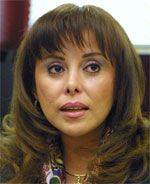 Marisela Morales Ibañez of Mexico
Deputy Attorney General for Special Investigations against Organized Crime
The first woman ever appointed to the position of Assistant Attorney General for Specialized Investigation of Organized Crime (SIEDO) in 2008, Marisela Morales has been a leader in bringing to justice some of Mexico’s most dangerous and notorious criminals. Her fearless efforts to stand up against corruption have generated confidence in SIEDO among the public at large. Under Ms. Morales’ leadership, SIEDO has succeeding in coordinating efforts with the Secretariat of Defense, the Secretariat of the Navy, the Secretariat of Public Security, and the Secretariat of Governance, as well as with the U.S. Embassy in Mexico, and the embassies of other governments. Ms. Morales has been instrumental in creating the first Federal Witness Protection Program in Mexico. With her guidance and support, SIEDO indicted the first federal trafficking in persons case. With her oversight, SIEDO and the U.S. Department of Homeland Security have cooperated to reunify children of trafficking victims with their mothers in the United States.
Languages Spoken: Spanish
Age: 40

Yoani Sanchez of Cuba – Unable to attend the ceremony
Innovator and Blogger, Founder of Generación Y blog
Blogger, technological innovator, and emerging civil society leader Yoani Sanchez has attracted an international following for her blog, Generacíon Y, which gives readers unprecedented insight into life in Cuba. She has worked to improve the ability of ordinary Cubans to access and disseminate information, and to expand information flow and free expression throughout Cuba. She has been credited as the “founder” of the independent Cuban blogosphere. Her work has expanded beyond blogging to training and advising dozens of newcomers to the blogosphere, providing a voice for young Cubans and for established civil society leaders.
Languages Spoken: Spanish
Age: 35

Nasta Palazhanka of Belarus – Unable to attend the ceremony
Deputy Chairperson, Malady Front (Young Front) non-governmental organization
Joining the opposition youth movement in Belarus at the age of 14, Nasta Palazhanka has grown into a key figure in the opposition youth group “Malady Front" (Young Front) and exemplifies the extraordinary potential of civil activism in Belarus. Despite threats and politically-motivated pressure and harassment against herself and her family, she continues to advocate for civil society freedoms and promote respect for fundamental human rights. Imprisoned repeatedly for her convictions, she prevails in her belief that a brighter future is possible.
Age: 20