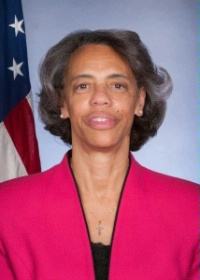 Ambassador Marcia Stephens Bloom Bernicat, a career member of the Foreign Service, Class of Minister-Counselor, was nominated in 2014 by President Obama to be the Ambassador to Bangladesh. She assumed her position in January 2015.

The Ambassador previously served in a number of senior leadership positions, most recently as the Deputy Assistant Secretary in the Bureau of Human Resources at the Department of State, a position she held since 2012.

Earlier in her career, she was Special Assistant to Deputy Secretary of State John Whitehead, Consular Officer in Marseille, France, and Political/Consular Officer at the U.S. Embassy in Bamako, Mali. Ambassador Bernicat received a B.A. from Lafayette College and an M.S. from Georgetown University.